These awesome Aerosmith t shirt and hoodie gift ideas are perfect for the Aerosmith fan in your life. Aerosmith has been rocking since the 70’s and building up a huge fan base along the way.

If one of those fans is on your gift list, then you’re sure to find something they’ll appreciate.

This article contains affiliate links. If you click a link and buy something I may receive a small commission at no extra cost to you. As an Amazon Associate I earn from qualifying purchases. For more information please see the Disclosure page.

(Scroll to the bottom to see my favorite Aerosmith t shirt.)

Below is the concise list of shirts and hoodies. They are available from major online retailers such as Amazon and Aerosmith’s official website. 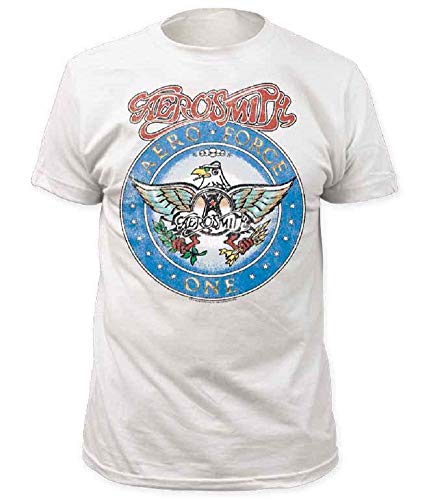 Here is the popular Aerosmith t shirt popularized by “Garth” from the Wayne’s World movies and skits.

It makes a great Halloween costume too!

If in doubt which shirt to get someone, get them this one. 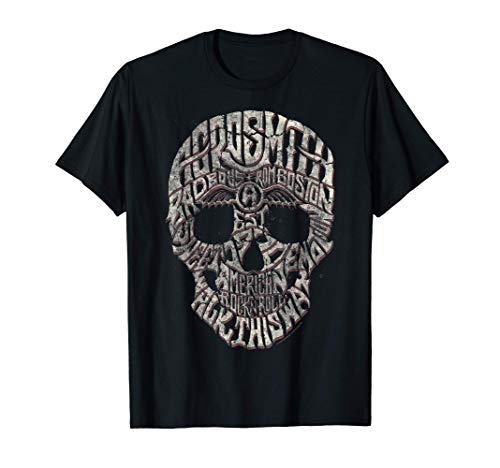 You can get this awesome skull design t-shirt in mens or womens styling and in three different colors.

Some of the text includes the band’s nickname “Bad Boys from Boston” right along the brow of the skeleton.

Plus, it’s cool how they incorporated “Walk this Way” to be the jaw bone. Clever shirt.

“Sweet Emotion” is one of my favorite Aerosmith songs.

I was pretty excited when I came across this raglan Aerosmith shirt with the cool bubble text.

I think the 70’s styled baseball shirts are awesome.

If you agree, you can click here to see more details about this shirt on the official Aerosmith store. 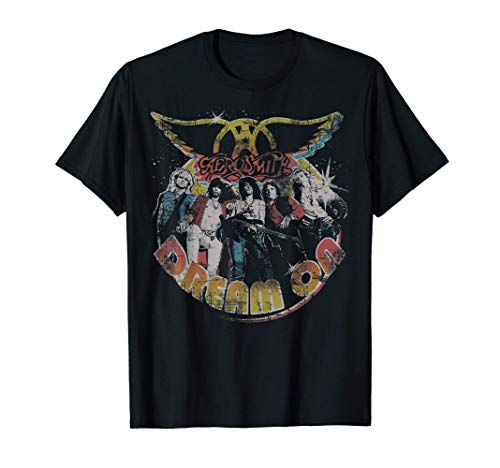 “Dream On” is one of my other favorite Aerosmith songs. (I’m going to have to stop saying that because they have so many good songs.)

But on this early Aerosmith song, the lead singer Steven Tyler sounded so different. An awesome song.

This is a colorful “Portrait” logo celebrating that early hit.

If you like this Dream On design, but you don’t want it in a t shirt, you can get an Aerosmith hoodie. 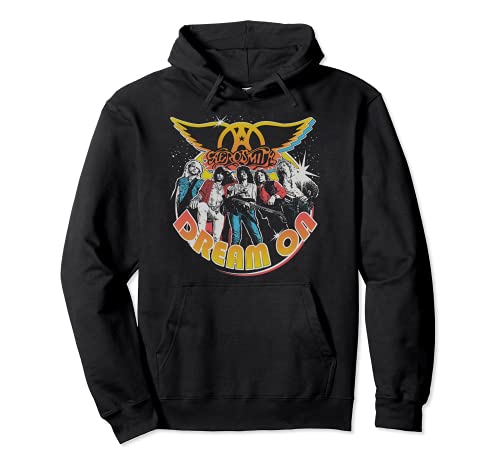 Click here to see this Aerosmith hoodie on Amazon. 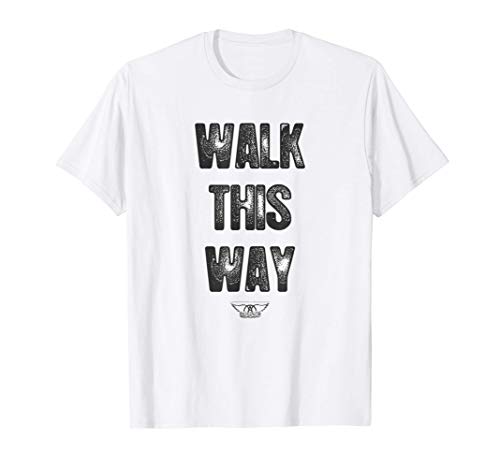 “Walk this Way” is a rock n roll classic, with a great beat.

And when Run DMC collaborated with Aerosmith on their rap/rock hybrid version of the song it helped put Aerosmith back on the map.

This would be a good gift for “fitness walkers” who also love Aerosmith. 🙂 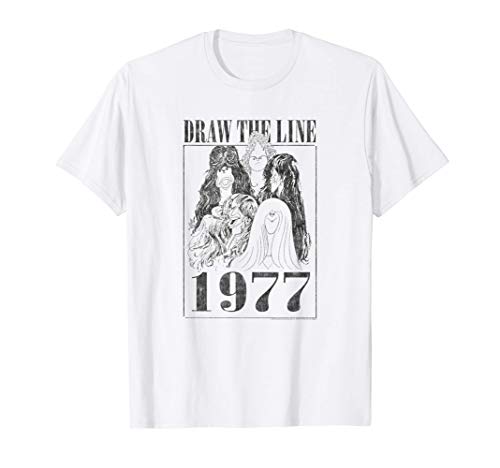 “Draw the Line” was the fifth studio album from the band. Apparently Steven Tyler and Joe Perry were doing so many drugs at this time, that Joe Perry said, “The Beatles made their white album; we made our black-out album.” (Reference)

This isn’t their most popular album, but it would be a great gift for a die-hard Aerosmith fan.

(Tyler and Perry would eventually be known as “The Toxic Twins” before sobering up and cleaning up in the 80’s.) [See below] 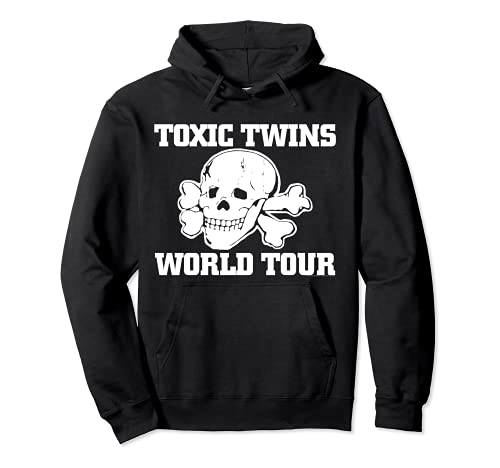 As I mentioned above, the lead singer Steven Tyler and the lead guitarist Joe Perry were collectively called “The Toxic Twins.”

That’s what this Aerosmith hoodie is in reference too. And only other Aerosmith fans will know this…so wearing this shirt is kind of like a secret handshake between fans. 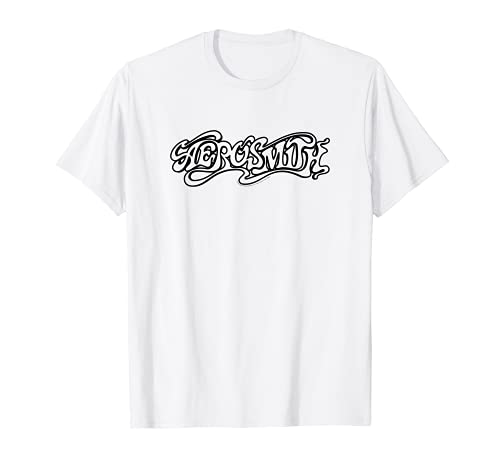 It is available in men’s and women’s styling, and in several different colors. 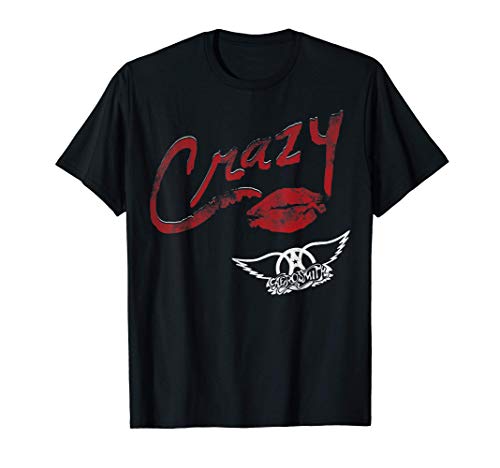 When that album came out I was a little disappointed by it. I didn’t like it as much as their previous “Pump” album. (Too many ballads for my younger self.)

But as I’ve aged (and mellowed) those songs like “Crazy” and “Amazing” have really grown on me.

If the Aerosmith fan in your life loves that song, then this is the perfect shirt for them.


My Favorite Aerosmith t shirt (sorry not for sale)

This is my own vintage Aerosmith concert t shirt from the “Pump” concert tour in early 1990.

It was gifted to me by a family member that attended the show. It is one of my favorite collectables that I own.

It isn’t for sale, but I thought you might appreciate seeing it.

In the past I’ve used it for Wayne and Garth costumes, but its getting precious to use for that.

Below is a picture of the front of the t shirt.

I listed a shirt similar to this as the first option in this article. (The Aerosmith Aeroforce One shirt.)

But mine is an original Pump concert tour shirt showing the North American tour cities on the back. The similar shirt I listed above has a blank back.

If you have an Aerosmith fan on your gift list, I’m sure they’ll appreciate getting one of these.

About ‘Santa Read my Mind’

We want to help you find great Christmas gifts by providing you concise lists of Christmas Gift Ideas for everyone on your list.

SantaReadMyMind.com  is a participant in the Amazon Services LLC Associates Program, an affiliate advertising program designed to provide a means for sites to earn advertising fees by advertising and linking to products on Amazon.com. Amazon and the Amazon logo are trademarks of Amazon.com, Inc, or its affiliates.